Our founders, Angela and Jill, met while serving together in the United States Air Force, and deeply believe in the power of purposefully investing in people. Our mission is grounded in the belief that leadership can be cultivated and developed, and that a team’s true potential can only be realized through allowing every team member to experience his or her full potential. We are passionate about working with visionaries and change agents – people who are driven by the possibilities for meaningful impact in their lives and organizations. 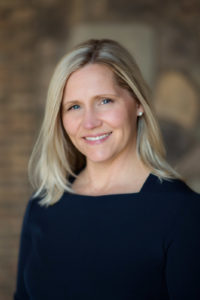 Angela began her formal training in leadership and management over 20 years ago while a student at the Air Force Academy, and has honed her skills throughout her career in program management in the military, in industry, and as a government civilian. Her career has traversed multiple business areas, from building aircraft, environmental planning, developing and managing Information Technology systems, and instructing on strategic concepts and tactical solutions. Consistently, Angela has been passionate about building people more than building products. As a cancer survivor, Angela knows the importance of being truly satisfied professionally and personally, and is deeply fulfilled when she brings individuals and teams towards greater potential.

Angela holds a Bachelor of Science in Political Science from the United States Air Force Academy, and a Master’s in Procurement from Webster University.

Jill also served as an officer in the United States Air Force, serving as a civil engineer and an Instructor at Officer Training School (where she was named Instructor of the Year). Jill has worked in various senior leadership roles in both defense and education, and specializes in strategy, operations, and leadership development. She is an avid NCAA basketball fan, voracious reader, obsessive organizer, extreme extrovert, and an adventure traveler – she has been to all 50 states, seven continents, and over 70 countries.

Jill holds a Bachelor of Science in Engineering from Duke University and a Master’s of Business Administration from Emory University, which she attended as a Woodruff Fellow.